So being a single mom, woman etc there are often times when opportunities arise and you have to do many things by yourself that normally you could buck off to a husband, boyfriend, father, brother etc. I bought my son and I my first home about 3 years ago- it was the steal of the century a 4 bedroom /3 bath foreclosure in a really awesome neighborhood.  However awesome that was though it also came with the responsibilities of owning a home and me being the main person to tackle all these tasks. My family lives in Florida so i must admit i have had to rely on Skype sessions with my dad, Google University, YouTube tutorials and the kind people at Home Depot who walk me through my projects, I also cannot forget to mention the awesome friends who have come to my aide or listened to my tear induced phone calls and rage about how “If one more thing breaks, i swear to gawd i will burn the damn house down!”

The cool thing about becoming a DIY fixer upper person is that I have been able to show my son how to fix a few things and to also show him how much of a bad ass i am. Actually, i say it. Yes, i say to my son, see kid? Your mothers a bad ass- you remember that. Poor kid has had that mantra shoved into his brain forever, though now that i admit to it, i can say I’m probably saying it to myself more than I’m trying to convince him that i could rule the fricken world. I want him to be proud of me on some level, i want to be the Mom mentioned in the speeches when he collects his Nobel Peace Prize or something like that. Ill settle for nice stories to my future grand babies. I’m sure ill step in and say “When i was younger i hunted wild boars and built my house out of bamboo while making sure your father went to school and is the man he is today” My son will  undoubtedly roll his beautiful, big brown eyes.

I write all this not as a high five to me, but more so to encourage you out there to go ahead and try it. If the lamp is broken try to figure out how to fix it, if you need to install a ceiling fan, go ahead and do it. We are lucky enough to be in a day and age where we can google and look up everything. I fixed my vacuum yesterday in fact. Most of these things that were once deemed stuff handymen do or men really aren’t that scary at all. And i promise you that when you do it, even if its not perfect you will totally feel like a bad ass and you can brag about it to people. I now look at stuff like- pssssht, i can totally do that, watch this. I do have to add a caveat. My own mother is a bad ass and my father is the Chuck Norris of bad-asses so they did teach me a thing or to about tools.

So here is what Ive done and you can too! 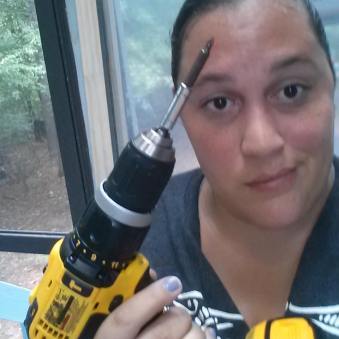 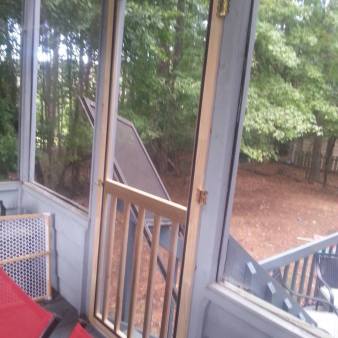 So you see, mamas or women reading this or guys that haven’t been taught, its not that scary, all you need is a dollar and a dream 😉 and you too can be like Tim the tool man Taylor. I believe in you and in the words of Rob Schneider from one of my favorite movies : 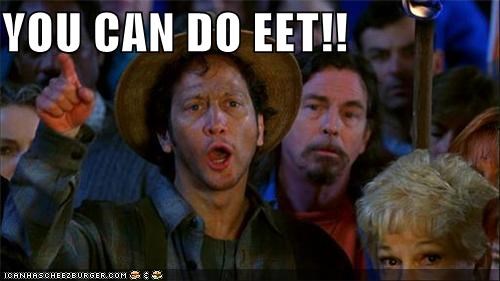