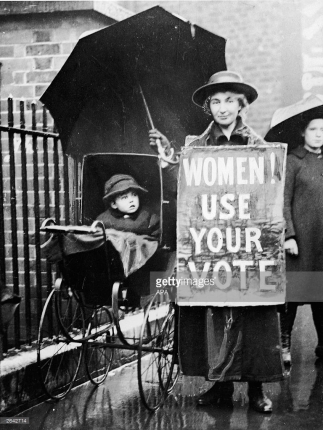 This isn’t another political post. This is a love letter to all the amazing women out here who are doing their part to make the world a better place everyday. To the women who raise their babies at home, i salute you. The the women who work to support their families, I salute you. To the women who wake up everyday and go into an office full of men and kill it on a daily basis, this is for you. To the future daughters and dreamers and leaders you are stronger than you know.

Our time is now. I remember being in the 4th grade. I was an Air Force Brat living in Clovis, New Mexico and we had to stand up in the front of the class and tell each other what we wanted to be when I grew up. I remember at the time i wanted to be two things, an actress or the first female president of the United States. I had told my mother this and she would tell me that I indeed was going to be the president. When Mrs. Norfolk called my name i stood up, proud and held my head high and proclaimed that I, Denise was going to be the first Puerto Rican president of the United States. After all, this was the land of hopes and dreams and anything was possible. It was only a few seconds after i declared this, that I heard Mrs. Norfolk say “You can’t be president if your from Puerto Rico or a woman” And i instantly deflated. I had never heard before that my dream was impossible. I had never heard that because of where i was born or because I was a woman, something was out of reach. I couldn’t understand that. My parents told me I could be anything I wanted to be and here a teacher, a smart person just told me that my possible dream was IMPOSSIBLE. 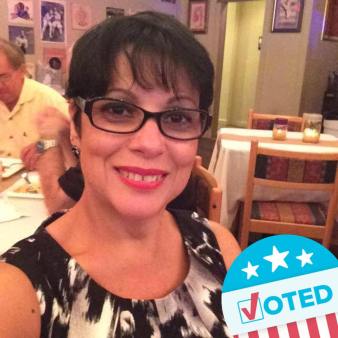 I remember going home and telling my mother. She was 26 years old and a mother of 3 children. She was born in New York and raised in Puerto Rico. A woman who didn’t have the best education but was hands over fist smarter than most. A true survivor. A woman who didn’t understand taking “No” for an answer, who would make small miracles out of a sewing needle, thread and a vision. This woman who didn’t speak English very well, would sit next to me as I learned and would learn the language with me watching Sesame Street. She also enhanced it with Police Academy, Coming To America movies and her favorite show The Price is Right. Her vocabulary was very interesting! I saw this woman, raise 3 kids on her own when my father was out serving our country. She learned how to drive a stick shift in one night while we sat in a pizza parlor so she could get a job. She operated an in-home daycare. She handmade our costumes, she made curtains and decorated our home. She worked outside the home. She learned and everyday she got better. She went to community college, she worked for herself, everyday this woman pushes herself towards greatness so you have to understand, to be told I couldn’t do something was foreign because I was raised to know that i could do the impossible and i had a living, breathing person living in my home, walking the walk and talking the talk. When i told my mother what Mrs. Norfolk said, she was enraged. Shes a fiery soul and I know that she went to the school. I don’t know what she said, but I know when she came back she was pissed and cursed and said that I wasnt going to listen to her and that i could still be President.

However that mustard seed of doubt had been planted and little did I know that from time to time I would hear Mrs. Norfolk’s voice and the self-doubt would creep in. All it took was that one moment to alter my beliefs and thinking. I’m sure she wasnt malicious and maybe she was a product of that small-minded thinking. Who knows. 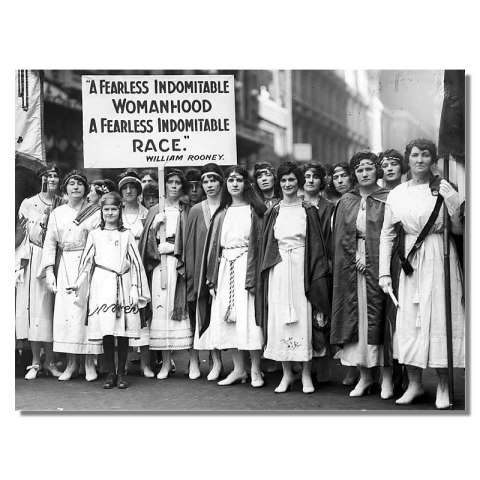 What I have become is a champion for women. I am the girl who fights for women’s rights. Who befriends the drunk girl in the bathroom and tells her shes beautiful. I’m the one who will let a stranger borrow my phone and wait with her until her friends show up. Im the one who will come over and talk to a woman if she looks scared or is being harassed by men at a party. I am the one who will be your designated driver and make sure you are safe if you want to let loose. I am a believe of the Sister code. I am the one who will train you to take my job someday. I am the one to support you in whatever dream you have because i believe in the sisterhood and it is something i do not take lightly. 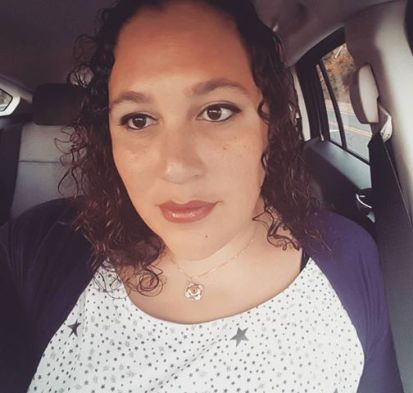 So you have to understand that today, for me is an emotional day. Regardless of your political views, this is monumental. This is HISTORY, or rather HERSTORY. The fact that in my 37 years I got to vote for the first black president and now for the hopeful future Madame President is beyond words. This is the impossible becoming possible. Today when i woke up, i put on a white dress with a purple cardigan and gold jewelry. It was my nod to the Suffragettes who fought for my right to vote, who catapulted us to this very moment. A moment, just 30 years ago i thought would never come.

So now, sisters, its our turn. We get to shatter this glass ceiling. We do not have to offer apologies for existing or simply being born this gender. We are mighty and strong and an unstoppable force to be reckoned with. This is our time.

To the sisterhood, I salute you. ❤